5 Things You Must Have in Your Design Portfolio 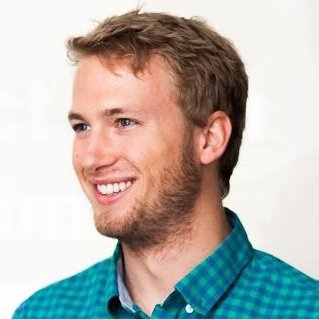 Matthew Brown
Matt is the CEO and Co-Founder of Bonsai.

Having a complete, clean, and descriptive online portfolio is key to submitting winning proposal templates and quotation templates, or getting inbound work requests. Most freelance designers will just put up a couple of screenshots, add their email address, and call it a day.

However, putting a little bit of thought into your portfolio can go a long way. Remember, your portfolio’s purpose isn’t to look cool to other designers, it’s to get clients (who often aren’t designers themselves) to reach out to you.

Here are 5 tips to accomplish that:

1. Explain the Objectives of Each Project

For clients to evaluate your work, they must know what the client asked you to do. Prospective clients put themselves in the shoes of your past clients, and want see if you’ll get them the same results. By explaining what objectives and constraints you had in past projects, you’ll better equip prospective clients to do this.

2. Talk About Your Process

Don’t just show screenshots without context. Clients want to know how you think and will approach their problem. They’re not hiring you for some images or HTML/CSS, they’re hiring you to help solve a problem.

Alexa Stefanou talks about how they used humor and a non-conventional approach to make the issue of climate change more poignant in the ‘Save Bergie’ project:

“I believe that one reason progress stalls is because the solution seems overwhelming or even impossible. In the case of climate change, there is a lot of work that has to be done – but it can’t happen all at once. The first step is to teach people what the issue is, then guide them to steps they are able to take to improve the situation. The project uses a playful illustration style to draw people in. A pun is involved because, in my opinion, puns are pretty much perfect. Having an additional playful element is a great way to keep the idea stuck in people’s minds. The more people connect to an issue, the more likely they are to contribute to supporting it.”

Including the process in your freelance contract could help build credibility and confidence.

For example, you could say, after launching, my client acquired 100,000 sign ups on the landing page I built, or improved their user retention by 55% and increased revenue by 20%. The client will think that, if you had a concrete benefit for someone else, you can do the same for them.

Harrison Croft does an excellent job of explaining the background behind this project, as well as

Social proof is critical. If a client has never heard of you, it’s difficult for them to judge the value you can bring. Sure, you can show them work you’ve done in the past, but the more you can have a client ‘speak’ for themselves, the better. Include a picture of the client and a snippet of text describing how awesome it was to work with you.

This may seem obvious, but make it very clear how to contact you and what time zone(s) / hours you work. It’s no good to have a client fall in love with your work but not be able to get in touch! Sign up for a free trial with Bonsai and enjoy personalized proposals, contracts, and invoices. Plus dedicated contact form!

Matthew Brown
Matt is the CEO and Co-Founder of Bonsai.

Best Businesses to Start with 5k - Get Success In 2022

How to Start a Graphic Design Business In 2022

How To Send A Proposal: 7 Things You Need To Know